There is every reason to read on a regular basis the information from the Fooducate APP.  The report listed below was found on their site. http://www.fooducate.com/.  Join in and learn about the  nutrition details of the groceries you buy regularly.  In the meanwhile, here is the latest information on processed meat that hit the news headlines recently.

You may have already heard the news. The World Health Organization (WHO), published the findings of a massive meta-study, correlating the consumption of processed meats with colorectal cancer.

Over 800 studies from the last decades were reviewed by a team 22 of scientists working for the International Agency for Research on Cancer (IARC), a WHO subsidiary.

* Each 1.5 ounce portion of processed meat eaten daily increases the risk of colorectal cancer by 18%.

* The absolute risk can be explained as follows: in the UK, 61 out of 1000 people will contract colorectal cancer in their lifetime. 66 out of 1000 habitual processed meat eaters will get ill vs. just 56 of the light eaters.

* The preparation technique of the meat was not found to be a major factor in determining the risk level.  However, preparing meat at high temperatures or in direct contact with a flame or a hot surface, does produce more carcinogenic chemicals than other methods of cooking.

What does all this mean for the average American? It’s simple – if you are a meat eater, try to limit your consumption of red meats and processed meats. You don’t necessarily need to abstain. However, you should eat more vegetables and fruits. Same advice as always.

— Source: Boulevard et al, on behalf of IARC – Carcinogenicity of consumption of red and processed meat – The Lancet Oncology, Oct 2014

Once again there is an opportunity to start fresh our commitment to create a healthful lifestyle, which adds longevity and happiness for ourselves, and loved ones.  Living health conscious benefits us all.  However, most of us need guidance, and can use a little help from our friends. That’s why I was happy to find the Fooducate app, which will aid you in being savvy about how to eat. END_OF_DOCUMENT_TOKEN_TO_BE_REPLACED 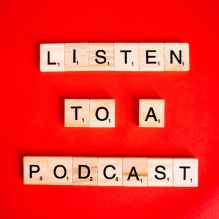 Understanding ourselves and the world we live in.

writes one short story every week