Did you know there is a Hair Loss Association?

We think this is information that without a doubt you should have so we have added a link to their Blog right beneath the Blogroll  on the right of the panel. In addition, we thought you might want to read about the founder.

Spencer Kobren is the founder of The American Hair Loss Association, and The International Alliance of Hair Restoration Surgeons. He is the International Best selling author of  “The Bald Truth: The First Complete Guide to Preventing and Treating Hair Loss” and “The Truth About Woman’s Hair Loss”. Kobren hosts a nationally syndicated radio program also called The Bald Truth, which airs on XM satellite radio, as well as on radio stations throughout the United States. Spencer Kobren is a hair loss consumer advocate, patient-educator and is a contributing editor to Consumers Digest Magazine, and he is also hair loss content provider for WebMD.via Spencer Kobren – Wikipedia, the free encyclopedia.

The Bald Truth is a weekly talk radio show hosted by Spencer Kobren, founder and president of the American Hair Loss Association. The show is usually two hours long and airs every Sunday night at 5PM PT/8PM ET from the Westwood One studios in Los Angeles, California. Host Kobren is also a best-selling author, having published the books The Bald Truth: The First Complete Guide to Preventing and Treating Hair Loss, and The Truth About Women’s Hair Loss.

The show itself has been on the air for more than ten years and nationally syndicated for eight. The show originally started as a half hour show (less than 20 minutes minus commercials) on Saturday nights on New York City’s 77 WABC, and has since broadcast on other heritage stations such as 710 WOR in New York City and KLSX in Los Angeles.via The Bald Truth – Wikipedia, the free encyclopedia. 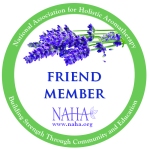 A community for writers & readers